Church Security: Is Your Church a Sanctuary or a Target?

Churches today are no longer sacred but instead are easy targets for property theft, false allegations and violence. As both an active church member and a former police officer, I’ve had the unfortunate task of tackling the results of crime against houses of worship, either to make a report and/or aid the church in preventing a crime from recurring.

In every single instance, the identity of the perpetrator was unknown, eliminating hopes that property would be recovered, damages repaid or charges lodged.

Had the small investment of video security been made, the odds of capturing the suspect would have shifted and likely, prevented the crimes in the first place. These are crimes that can be stopped! Although this is only one component of the entire security plan for a church, it is one of the most critical elements to getting started.

Here are some areas of recommendation based on my experiences:

Perhaps the area most prone to allegations is the nursery. Cameras installed in a nursery will remove the ability for individuals to falsely accuse the church staff and volunteers of wrongful behavior and at the same time assure parents that their children are being properly cared for.

Towards this goal, I recommend churches use wide-angle cameras in their nurseries, positioned to have overlapping coverage of activity.

Tithes and offerings collected are typically counted in private, making it ripe for theft especially given that many offerings are made in the form of cash. If theft is already suspected, covert pinhole cameras are the best choice. Otherwise, traditional cameras can deter anyone who may have a wandering temptation.

To provide a better balance for accommodating late visitor and security, exterior cameras covering entrances can allow staff to discern between friend and foe and take appropriate action.

Knowing that victims are preoccupied, parking lots during worship service hours are prime targets for car burglars. Cameras for parking lots should be installed at all entrances to provide detailed identification of vehicles and individuals.

Additional cameras should be positioned high to provide overview of potential activity, which will in turn give staff that may be monitoring a tool to intervene and prevent theft from occurring. Learn more about surveillance solutions for wide areas such as car parks.

The theft of media equipment is definitely not a new trend in church security. The limited weekly occupation of church buildings and lack of security equipment make houses of worship easy targets for burglary.

In an effort to prevent burglary, cameras should be positioned to cover all entrances and windows. Cameras should be equipped with infrared illuminators so that no matter day or night, protection is 24/7.

A common practice in churches is members to leave personal property, purses, etc. in pews while attending functions such as fellowship dinners located in other parts of the church building. Sad but true, visitors will join congregations simply to harvest this personal property.

Like money counting areas, if theft is already suspected, covert cameras are the best choice to root out the problem. Otherwise, wide angle cameras with overlapping coverage of the auditorium are the very best choice.

Many base video security systems available today provide church staff with the ability to remotely log-in and view live video from anywhere. Additionally, most standard recording equipment can be programmed to notify staff when, and if, something occurs via SMS text or email, prompting them to log-in and react accordingly and quickly to the alarm.

Many video security systems are also able to deliver audio along with the video and can be dual purposed. For instance, volunteers staffing the nursery can use the system so that they can still take part in the worship service.

Congregations should feel safe and at home in their place of worship. Any church security plan will benefit when implementing a video security system to extend its capabilities.

According to the Crimes against Christian Organizations in the United States – 2010 report compiled by The Christian Security Network, many crimes against churches increased from 2009 to 2010. “Among the crimes that saw a sharp increase were burglary, theft and internal theft, which combined costs churches nearly $20 million in damage.” So what’s stopping you? 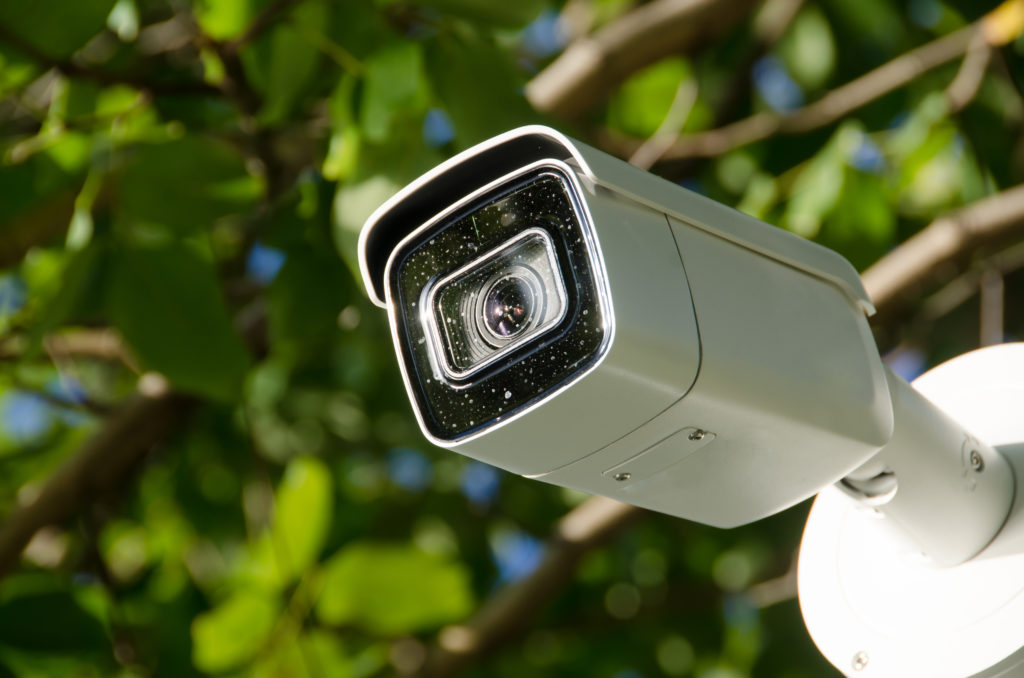