Like so many others in law enforcement, I learned early-on that only the dumb criminals get caught — and statistics prove this out. According to data from the Department of Justice, less than 19% of thefts ever result in an arrest. Many business owners have responded by taking necessary action to turn the odds in their favor.

In fact, according to a recent National Retail Federation (NRF) survey, over 87% of retail establishments are currently employing surveillance equipment. However, NRF statistics indicate that many businesses are still missing the boat – and that much crime is still going undetected.

Over the course of 2006, the NRF reports that losses due to theft soared to $34.5Bn – split between employees, customers and vendors. This increase in theft (over the same period that saw a dramatic increase in the use of CCTV) points to the fact that smarter thieves see traditional surveillance as a meager hurdle to great gains.

My solution? Augment traditional CCTV with covert video equipment. Covert surveillance is the single tool that gives YOU the advantage over those crooks, and the power to finally put a stop to your losses.

Here are ten vulnerable areas in your business that make ideal locations for covert video equipment, including tips on which covert gear to use and how to use it. Just like a gaming table, cash registers are teaming with temptation. Unfortunately, in the crook’s favor, transactions with a cash register often entail a lot of fast action – which blurs even the most suspicion eye.

What’s more, employees operating the till commonly pocket some extra spending cash, and will even coordinate efforts with friends posing as customers so that items purchased can be undercharged or not charged at all.

An eye that never gets blurred by fast action is a tiny covert camera placed near a cash register. And because of their small size, covert cameras can be placed close to the action – disguised in fixtures and signage – and often require little or no disguise.

Whichever kind of camera is used at the register, I always recommend coupling it with a cash register overlay, that instantly ties in cash register data with the video and provides an easy way to pinpoint suspicious activity.

Back doors and dumpsters are favorites places for thieving employees. It’s easy for employees to camouflage valuable merchandise with trash leaving the building, even when prevention measures are employed, such as managers checking trash as it leaves the building.

A covert camera disguised as a utility enclosure or loudspeaker blend in perfectly in these areas. When these cameras are connected to digital video recorders they’ll not only catch the thieves when they come back to retrieve the loot, the recorders will also alert you when they do.

Stockrooms are typically lacking of supervision, and traditional surveillance cameras are easy to avoid or disable. Store owners commonly uncover proof that this area is one steeped in vulnerability – finding discarded packaging and RFID tags – but long after the crime was committed.

While dishonest employees find comfort in these backrooms, these areas also are probably the easiest places to conceal covert cameras. One common place to conceal cameras is in storage boxes and/or containers. Ultra-pinhole cameras, for example, can be easily placed inside a cardboard box, needing less than a 1/16th inch hole for complete surveillance of a room and crystal clear video.

Vending machines are often overlooked by managers as a serious item of vulnerability. Those that suspect loss from vending machines, often find themselves giving up investigations quickly due to the time involved conducting inventories and money counts. Even when investigations turn up losses, the relative size of a single incident often doesn’t warrant a confrontation of the employee. But these managers are missing the big picture.

Like most employee theft losses, vending machine losses over the course of a year can be huge – but occur a little at a time. Furthermore, it is often these employees who are taking advantage of your other vulnerable areas. Covert video systems using recorders with both time/date search capabilities and large memory sizes will compile days, weeks and months activity together, expediting investigations and ensuring seamless and confident dismissal and prosecution.

Seasonal garden centers or other merchandise displays in store parking lots are favorites areas for both dishonest employees and shoplifters. Traditional cameras affixed to the top of store facades will typically provide great documentation of thieves literally helping themselves to valuable merchandise… but it’s an entirely different story when it comes to providing identification for the authorities.

Covert cameras placed near the most valuable items can provide close up shots for clear identification, and can be positioned at the proper angle for identification – a shortcoming of traditional overhead cameras. Covert disguises that work well in self serve areas are faux rocks, plants and safety cones.

Granted, losses due to office supplies are often significantly less than those from other merchandise or company equipment. However, it should be noted that the same employees that feel privileged to load up on pens and pencils either have or will graduate to bigger ticket items. Putting a covert camera into play where office supplies are stored will not only watch the bottom line today, but prevent those of tomorrow by getting these employees off the payroll.

According to the company Websense, productivity losses due to web surfing alone costs US businesses over $178 billion a year. That number grows significantly when you consider how much time your employees spend talking on cell phones, texting, instant messaging, elongated conversations and even sleeping on the job.

Because this category of theft is more of a gray area, managers typically feel powerless to take action to stop the actions of these less than stellar employees. Covert cameras can provide clear documentation of this activity, and instill a great sense of confidence that employees are productive even when supervisors aren’t there to witness.

Many employers that I speak with never consider employing surveillance in their service areas, but it is in these areas that some companies are most at risk, not only for theft but for poor customer experience.

Customers with the confidence in a business to service their vehicles often exercise that same trust by leaving valuables inside the car – which dishonest employees are quick to steal. When customers recognize that items are missing, the business pays both in compensation and in losing that valuable relationship.

Dishonest employees who overcharge naïve and/or less knowledgeable customers covering their tracks by turning in a proper invoice, or those who provide less than acceptable service, risk compromising future relations with that customer. Fortunately, both dishonest and poorly performing employees are easy to catch with covert video surveillance. Today, I work with a leading national car lube chain who has recognized these issues and put great stock in the benefits of using covert video.

Several of the managers take surveillance several steps further by placing cameras inside car engine compartments to monitor the quality of work done, and use body-worn covert gear to catch excessive charges and poor customer service.

Just as valuable as merchandise and tools is intellectual property. Trade secrets on how your business operates, sales numbers, vendor information, customer information, proprietary processes and manufacturing techniques are all very marketable for a dishonest employee – especially so in this information age.

I will be the first to admit that catching employees stealing trade secrets is one of the harder activities to catch. This caliber of thief is typically very paranoid, and checks his surroundings carefully for hidden cameras before committing his crime. To make hiding cameras easier, we offer self-contained devices in the form of clock radios, tissue boxes, PIR sensor, electric outlets and more – that blend into any work environment, are very difficult to detect, and install in mere seconds.

According to the Department of Justice, theft by robbery typically goes unsolved a whopping 87% of the time. Rightly so, many robbers commonly believe they can avoid being identified by traditional CCTV merely by wearing a ball cap or pulling over a hood. The resulting video is great documentation of what happened, when, how, etc, but sorely lacking the most important answer – who?

Covert video cameras again can play a pivot able role in changing these statistics. Robbers can’t avoid what they don’t see, making covert cameras ideal for capturing fantastic mug shots of crooks should they rob your place of business. Businesses using covert cameras for this purpose effectively place hidden cameras in entry/exit ways, behind counters at eye level and on counters looking up.

While your traditional CCTV system is absolutely necessary to capture much of what goes on in the primary activities of your business, it inevitably has its blind spots. You know it. But the problem is, so do the bad guys – especially the ones who work for you.

Without spending a fortune on security, you will likely never cover every square inch of your facility. However, there’s a common technique that will turn this weakness into your advantage – we in the business refer to it as “funneling”. Funneling is simple, yet effective, and requires little investment on your behalf. Simply identify your company’s blind spot(s), that you believe is most commonly sought out for illegal activity, and position a covert camera to track it.

Not only will you uncover theft, you will literally funnel the thieves to an area where you can get a closer identifying shot for sure termination and/or prosecution – and you will be amazed at how much activity you will catch when criminals feel they aren’t being watched.

In fact, I believe in this tactic so much that I encourage businesses wanting to use covert video to install at a minimum a basic CCTV system to help direct the illegal traffic to the hidden cameras.

Whatever form of covert cameras are being used in a business, I also recommend connecting them to either a Network Video Recorder (NVR) or a networkable DVR (Digital Video Recorder), mainly for remote monitoring.

Remote monitoring allows owners, managers and investigators to watch activities in the comfort of a recliner or even on a cell phone while parked just outside the business. Crime never happens at an ideal time, and as any business owner knows – the criminals typically wait until you have left the premises.

Having real-time access to your cameras will provide you with peace of mind, and the opportunity to respond to any wrongdoing immediately.

If the covert gear will be used in environments teaming with activity, it is ideal to use some sort of analytics device in conjunction with your cameras and recorders. Analytic devices digitally process live video and automatically analyze it for suspicious activity.

Some of the better analytic devices can even determine the difference between a customer picking up merchandise for examination and a shoplifter not returning an item. When using these devices in conjunction with DVRs and NVRs, many can be configured to alert you via text or email only when a suspicious activity has occurred.

I hope I have helped you to recognize some potential areas of vulnerability in your business, and some ways to remove unwanted elements from your payroll. 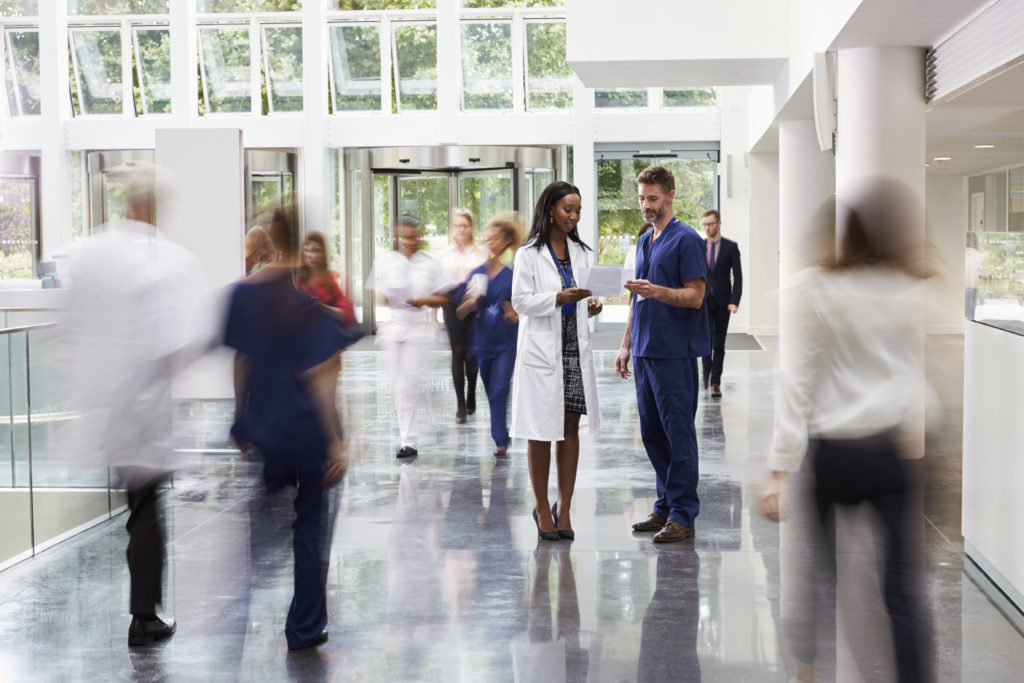