During the holiday season, retailers are especially vulnerable to employee theft and shoplifting. We’re all familiar with scenes of stores and malls during the holidays — crowded isles, people rushing to and fro, and the frenzy over newly released electronics, games and toys. While these are an annoyance to most of us, they are a shoplifter’s delight.

The traditional holiday flurry of store activity is just the cover shoplifters want while they fill their own wish list. Likewise, employees, who account for the majority of all retail losses (47% according to National Retail Federation), are also ready to take advantage of the increased activity.

Adding to this, the downturn in the economy is playing a role in increasing retail theft. Although no survey has made this correlation, law enforcement across the country says it’s easy to see that the economy has been a driving factor.

Another motivator for theft today is the internet. Online auction sites make it easy for thieves to acquire a buyer for almost anything. As a result, virtually no article is immune from theft. This new dynamic has broadened the scope of what stores thieves see as targets — no longer are electronics and brand name clothing solely on their Christmas lists.

Both large chain stores and small boutique stores are looking to combat theft with new technology. However, decreasing sales and shrinking profits mean that store managers are counting on ROI from any new tool under consideration. Investing in a video surveillance system is no different — so, how well do they work to counter shoplifting and theft?

To explore the question, we need to consider how each of the three different groups that steal from stores respond to the sight of cameras. These groups are customers, employees, and organized criminal rings or organized retail theft.

Yes! Granted, it’s hard to call anyone a customer when they’re stealing. Keep in mind that this group is not comprised of professionals. They’re everyday people who pay for most things but occasionally offset purchases with shoplifting, and they typically don’t enter stores with a plan to steal. According to the National Association of Shoplifting Prevention, 73% of adult and 72% of juvenile shoplifters don’t plan to steal in advance.

When is the answer no?

Like any tool used to remove potential opportunities to shoplift, security cameras must be present throughout the store. Stores looking to minimize investment will typically place video cameras near expensive or easy to steal, smaller merchandise.

However, to counter that, shoplifters simply carry the articles elsewhere in the store and then conceal the item. In most states and most corporate protocols, a prerequisite for detaining a customer suspected of shoplifting is visual or electronic surveillance of them concealing the article.

Beyond camera count, the prominence of the camera plays a large role in affecting shoplifting. Cameras that have a small profile, such as micro domes or micro bullet cameras, aren’t easily recognized as being cameras. Of course, if they’re not recognized as cameras, they won’t serve as a deterrent to shoplifting. Within reason, cameras should be as large as possible for the purposes of advertising to customers that they’re being watched. Can security camera effectiveness be increased?

Yes! The key to increasing the effectiveness of traditional cameras is advertisement. Just as a store manager would promote the latest special with signs, placement, lights, etc, cameras need call-outs as well.

A few dependable methods of bringing awareness to shoppers are public display monitors, drop mounts, and signage. Public display monitors placed in prominent locations give customers a sample of what the video surveillance system is seeing. Because the customer is typically being shown on camera on the monitor, they tend to get a lot of attention.

Drop mounts that bring the camera closer to the ground make cameras easier to see by customers and have the side benefit of producing better facial identification should shoplifting occur. Signs disclosing that security cameras are in use are an awareness aid and may also serve to comply with local laws governing surveillance.

Yes and No! It surprises many to learn that traditional cameras are not effective against employee theft. Case in point: over the past four years employee theft has remained steady at 44% to 47% of all retail losses. At the same time, there are more cameras in stores than ever. Why is this the case?

Employees with motives to steal also have the luxury of knowing where the cameras are and where they are not. Unlike shoppers, they have ample time to get the lay of land, have intimate knowledge of procedures, know where security tags are placed, and have greater time to gain a sense of comfort. Employees that steal know exactly where and when to do the deed.

When is the answer yes?

Traditional cameras just push employees around the store rather than catch or deter. However, covert cameras placed in areas where employees that steal feel comfortable will catch the thieves time after time. In a sense, using this tactic makes traditional cameras effective by funneling the activity into controlled areas where shoplifting activity can be monitored.

Clues such as discarded packaging make choosing these locations easy. Other important locations that should be considered for covert cameras are dumpsters, back doors, loading docks, stockrooms, and even cash registers where employees coordinate theft with friends and relatives.

Additionally, a wide range of components are available such as pinhole cameras, micro digital video recorders, and wireless transmitters that allow managers to build their own devices that match their needs and keep investment low.

Unfortunately, employees are not the only ones violating the store’s trust. Vendors, or employees of vendors with unscrupulous business practices, are known to intentionally short-change the store or steal other merchandise while onsite. Vendor theft and fraud accounts for over five percent of retail losses making them a group worth examining.

The same approaches used to uncover employee theft should also extend to vendors. Vendors have ample time to find comfortable places to steal and so covert video devices should be used in these areas. When it comes to deliveries, traditional cameras should be used to document quantities received so that they can be reviewed by comparing invoices and packing slips.

No and Yes! There are groups of people that make a good living targeting retail establishments. They are professionals, known as Organized Retail Crime (ORC). According to a 2008 National Retail Federation Survey, 85% of retailers surveyed indicated they were victims of organized retail crime. This segment of retail crime is on the rise and is capturing the attention of retail security leaders to the point that special teams have been created to focus specifically on this issue.

Additionally, law enforcement agencies including the FBI are now coordinating with these security teams to confront the threat by using tactics similar to anti-mob and anti-trafficking enforcement.

Like employees that steal, ORCs know where, when, and how to conduct their activities effectively. Also like employees, traditional cameras do little to stop them. They use tactics such as planned diversions to draw away the attention of managers and security personnel operating camera systems while others in the group steal unnoticed.

Other tactics involve collusion with store employees. These include undercharging high value items, having the employee escort items out of the store in plain view, and return fraud, where stolen merchandise is later returned for cash value.

As the name implies, organized retail crime groups attack a store in a organized, deliberate fashion by dispatching several members to scope it for valuables, vulnerabilities, staff habits, etc. Afterwards, these members meet with the rest of the team to deliver the intelligence and plot their attack, or in many cases, attacks that unfold over several weeks. Their intelligence includes camera placements relative to the target, and entry and exit paths.

Many times, the ORC team defeat traditional cameras by simply concealing the theft out of camera view, or wearing ball caps or hoodies (learn more about how to defeat the hoody). In some cases, just not looking up is enough to counter the cameras’ purpose of proper identification.

When is the answer yes?

On the surface, traditional video camera are not a useful tool for combating ORC activity. However, like countering employee theft, they can be used to push activities into more controlled areas making it easier to position trusted staff trained to spot ORC methods and to use non-traditional tools such as covert cameras.

Additionally, traditional cameras can be used to monitor overall activity to get a better sense on how the crime happened and sometimes to show intent which is useful in securing prosecutions.

Stores being victimized by organized retail crime activity should immediately coordinate with local law enforcement and install non-traditional tools such as covert video cameras. When coordinating with local law enforcement, they may be able to bring legal tools to the fight allowing surveillance to be conducted outside the store, utilize informants inside the ORC network, and conduct baiting operations to accelerate the dismantling of the ORC itself.

Other reasons traditional cameras may be ineffective

When it comes time to prosecute shoplifting and theft, lack of video resolution can aid the defense’s call to dismiss the evidence entirely. This especially applies when other evidence and witness testimony is weak to non-existent. Cameras installed as little as five years ago have sometimes ten times less resolution than today’s surveillance technology.

For example, megapixel cameras are similar to digital cameras used in still photography and produce millions of pixels of resolution. Where the differ is that they take multiple images per second (5 to 30 IPS) and do so 24×7, 365 days a year. With megapixel cameras, retailers can routinely record wide fields of view and in either real-time or post-event, zoom in on smaller details such faces. Just a few years ago this was technically possible but not financially practical.

Granted, stores equipped with enough cameras to cover every square inch will be successful in deterring opportunists. For other crime, it requires the constant vigilance of security managers watching the video feed real-time so they can intervene. With large numbers of cameras to view, this task becomes very difficult and sometimes unproductive.

As an aid, new technologies such as video analytics can drastically reduce how much real-time observation is needed. Video analytics are computer programs that reside on modern digital video recorders used with IP-based security systems. These analytics programs monitor the video looking for suspicious activity such as missing articles, loitering, and some even count the number of people entering and exiting a given area. Anything out of the norm will trigger a notification to be sent via text message or email, prompting staff to take immediate measures.

Additionally, video analytics gives stores the ability to sift through days of video and data in minutes. In one example, a stolen item can be highlighted on previously recorded footage and the analytic program will find the video clip of the item being stolen. In another, advanced recorders with POS (point-of-sale) integration can record all transactions and itemized purchases. This makes sifting through no-sales and spotting ORC activity such as undercharges fast and easy.

Cases of employee theft, vendor theft, and organized retail crime activity can all play out over several weeks and sometimes months. Earlier DVRs equipped with small hard drives of 120GB may give just a few days worth of recording which is sufficient for real-time shoplifting investigations.

However, to capture important details over a greater period of time, the DVR should be equipped to handle multiple terabytes of memory. Given that memory cost today is comparatively cheap, there is little reason not to take advantage of long-term recording capabilities. 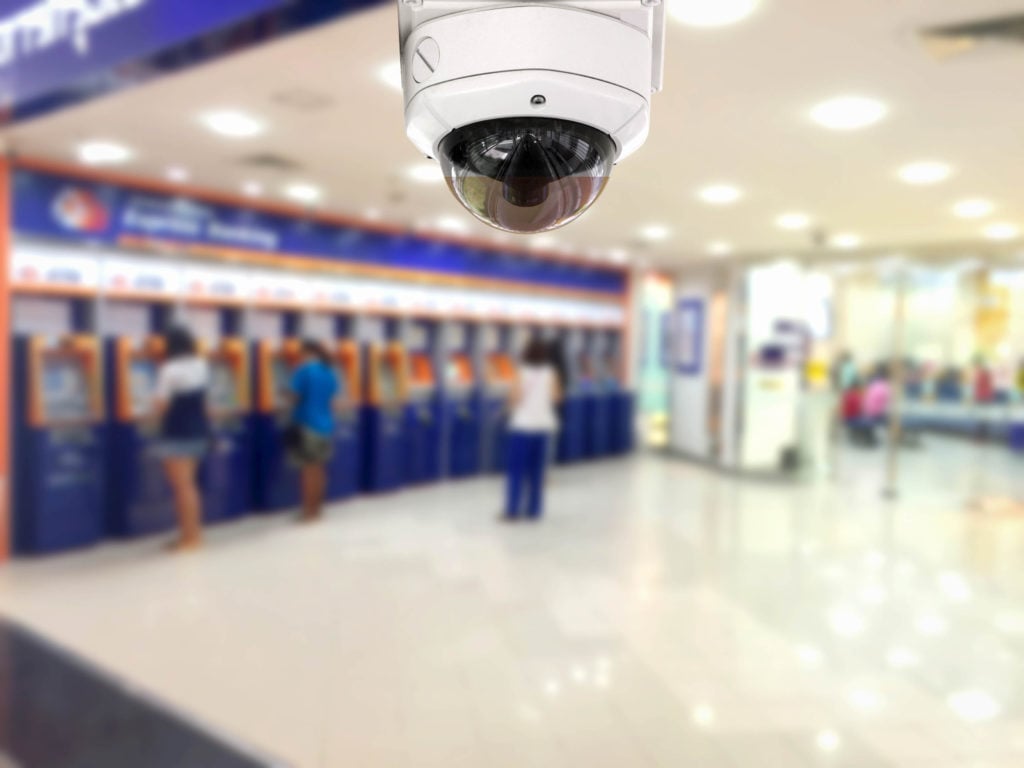